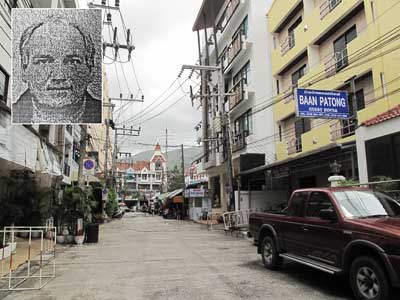 PHUKET: An Englishman found dead in his Patong hotel room yesterday morning apparently died from an overdose of prescription drugs.

Police are treating the case as suicide.

Kathu Police duty officer Jongserm Preecha identified the deceased as Brian Bibby, a 57-year-old originally from Wigan in the UK.

Staff at The Gallery hotel on Soi Jintana in Patong reported the death to Kathu Police at 10am yesterday.

Maj Jongserm said a suicide note and a large quantity of prescription medicine found inside the room led police to conclude Mr Bibby chose to end his own life.

There were no signs of trauma found on Mr Bibby’s body, which was taken to Patong Hospital for further examination.

To my familyThe last wish in my life is for you to make it possible to leave my ashes in Thailand.Spread my ashes in Loma Park, nearby the beach.Thank You.Brian

Police estimate that Mr Bibby died about two days before staff at the hotel discovered his body.

Mr Bibby’s belongings are now in the possession of the UK honorary consul in Phuket, police said.

Staff at the hotel told the Gazette this morning that Mr Bibby checked into the hotel more than two months ago.

He appeared happy, loved to stay near the sea and did not want to return home, they said.

He had paid his hotel room fee in advance and left a 1,000-baht tip for the staff, along with a letter thanking them for taking such good care of him during his stay there.

The British diplomatic mission in Thailand this afternoon confirmed that Mr Bibby’s relatives back in England have been informed of his passing.