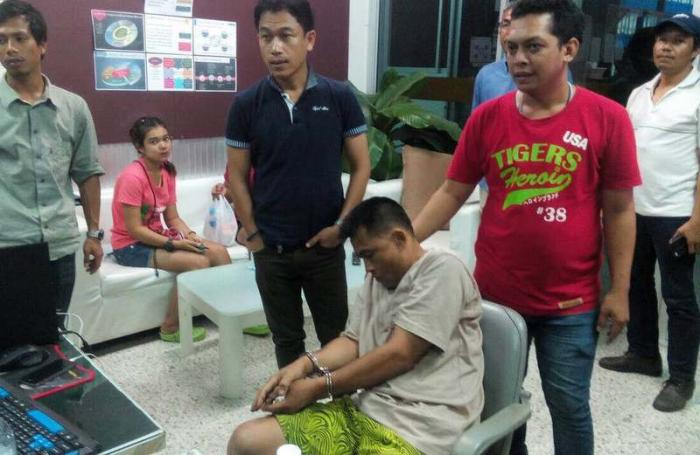 PHUKET: A Phuket teacher confessed to police that he had committed multiple counts of snatch theft while under the influence of ya bah (methamphetamine).

Locals apprehended Sakkarin Potiwatt, 40, after he snatched an 18-year-old woman’s handbag from the basket of her motorbike on Monday evening, causing her and her passenger to crash, explained Capt Nattaya Supanpong of the Thalang Police.

“Mr Sakkarin confessed that he had taken two ya bah pills before committing the crime. He had gotten them from a man whom he named only as Mr Chiet,” Capt Nattaya said. “He said this was about the tenth time that he had done this, the first theft took place during Loy Krathong [story here].”

Mr Sakkarin was charged with theft and his school’s director has been notified of the incident.