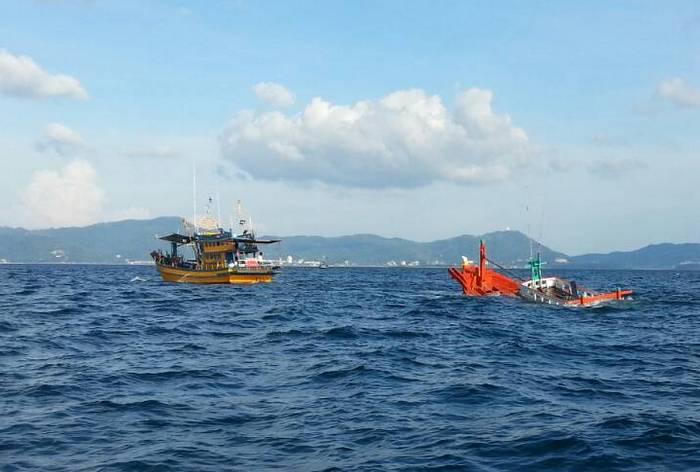 PHUKET: Phuket Marine Police coordinated the rescue of six fishermen from a sinking boat after it was hit by a large rogue wave near Kata Beach yesterday.

“We received a distress call and were able to rescue all crew – two Thais and four Myanmar nationals – from Na Pornprasit,” said Panya Chaichana, chief of the Phuket Marine Police. “It was about three nautical miles from shore when they contacted us. We quickly assembled a rescue team with members of the Royal Thai Navy, Karon tourist center and officials from the Phuket King’s Cup Regatta.”

The owner of Na Pornprasit also contacted nearby fishing vessel, Chok Kanlaya, to have it drag the sinking vessel to shallower water in Patong Bay in order for it to be quickly salvaged.