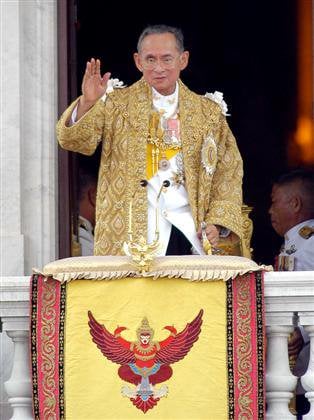 The Royal Household Bureau announced today that His Majesty the King has ordered the indefinite postponement of many functions relating to his birthday celebrations.

The Trooping the Color, scheduled on December 2, and HM the King’s birthday speech on December 4 have been indefinitely postponed.

HM the King will still grant an audience to royal family members, the cabinet and Members of the Parliament and people at Amarin Winitchai Throne Hall on the morning of December 5.

HRH Crown Prince Maha Vajiralongkorn will act on HM the King’s behalf for the functions on the afternoon of December 5, at the religious rites on December 6 to give alms at Amarin Winitchai Throne Hall, and on December 8 at Dusit Dalai Pavilion, where foreign ambassadors are scheduled to present birthday wishes to the King.