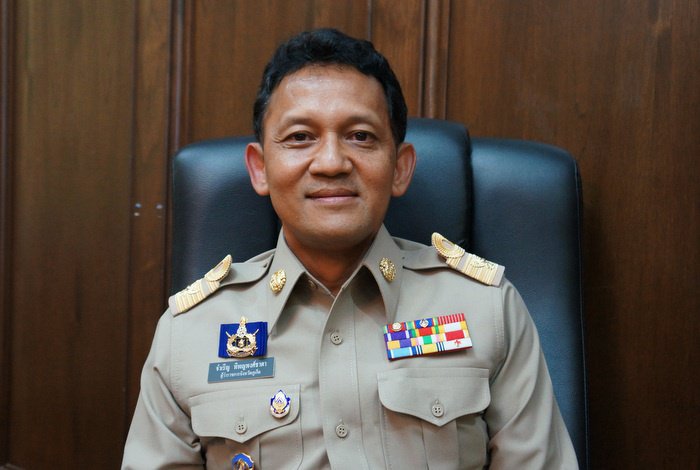 PHUKET: Though details of the Phuket beach rules remain up in the air, Phuket Governor Chamroen Tipayapongtada has vowed that if locals are caught trying to bend the rules once they are established, he will ban all beach vendors, chairs and umbrellas from the sands.

“We understand that beach businesses make a lot of money, millions of baht in fact. However, vendors need to leave the past behind them and adjust to the new regulations once they are announced,” Governor Chamroen said. “The new rules will be set in place to benefit the larger public. If vendors cannot follow the rules, I will be forced to simplify matters and ban all vendors and services on the beaches.”

Gov Chamroen pointed out that a complete ban might be the easiest way forward.

“Such a ban has been my wish since I was vice governor,” Gov Chamroen said. “However, I trust that Vice Governor Chokdee Amornwat and his team will present the best plan for the public.”

V/Gov Chokdee confirmed yesterday that his team was still in the process of detailing the 10 per cent beach zone policy, which aims to section off parts of Phuket beaches for commercial activity.

“Once finalized, vendors will be responsible for taking care of the beach and helping regulate the situation,” V/Gov Chokdee said. “We have been working very hard to find a legal way for vendors to return to work without cluttering the beaches with sun loungers and umbrellas.”