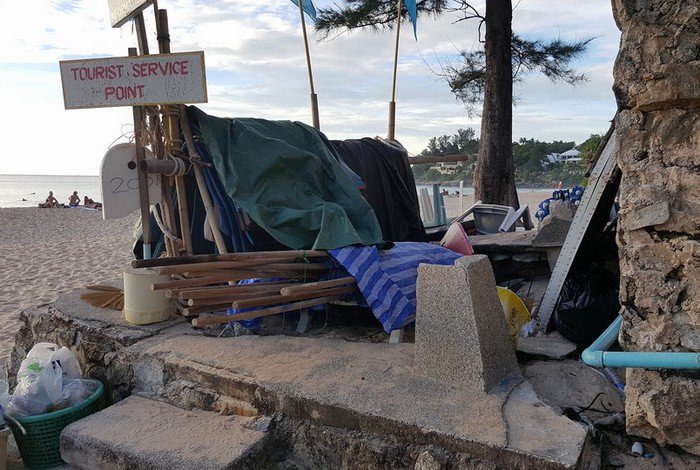 PHUKET: Local complaints and land-usage issues brought the construction of a much-needed lifeguard tower on Kata Noi Beach to a halt last month.

Construction on the tower, backed by the Phuket Marine Office, began in September. However, officials are now removing the unfinished structure.

“We received a lot of complaints from locals about the new location of the tower, so we just decided to build it in the same place as the old one, which had fallen apart,” said Nararit Touyon, who works at the Tourist Department of the Phuket Provincial Administrative Organization. “Because we plan to move back to the old location, the project must again be approved by a committee.”

Mr Nararit expects the committee to approve the new plan soon. Once given the green light, it will take about one to two months to build.

Though lifeguard responsibility at Kata-Noi Beach lies with local hotels and not the Phuket Lifeguard Club, Kata-Karon Chief Lifeguard Uten Singsom told the Phuket Gazette that he was aware of the issue.

“I know there are issues because the locals have lost their ability to conduct business on the beach. This is why there are complaints about the new tower,” Mr Uten said.

About six weeks ago, a Chinese tourist who ignored red-flag warnings drowned at Kata-Noi (story here).