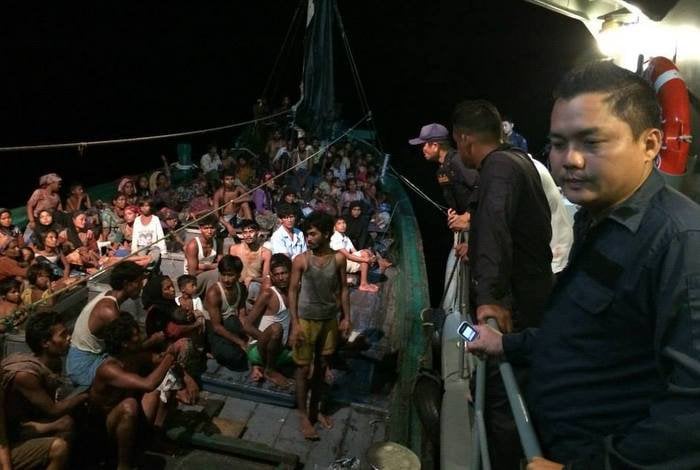 PHUKET: The Royal Thai Navy secured a ghost boat full of Rohingya refugees that was adrift off the west side Koh Lipe, south of Phuket, on Thursday.

The captain and crew had abandoned the vessel, leaving it to drift in the Andaman.

“The ship had more than 300 starving people on board, including women and children. Since they

“According to their statements, the engine in the boat broke about 20 days ago and the captain abandoned ship, leaving them helplessly adrift.”

The ship was recovered after the Air and Coastal Defense Command 491 (ACDC 491) received a report of the vessel from a fishing boat. A helicopter was dispatched to locate the boat.

“Once we located the boat, we brought them food, water and medicine. We then contacted Internal Security Operations Command (ISOC) in Satun to have them fix the engine,” V/Adm Sayan said.

“After the boat was fixed, we let them resume their attempt to reach wherever they were going, as Thailand was not their final destination.”