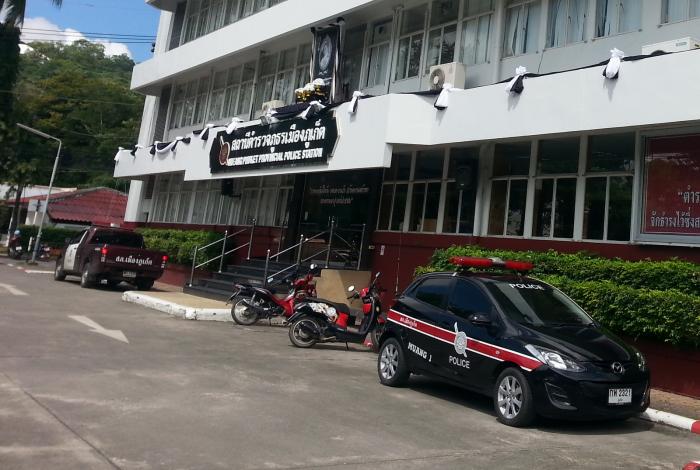 PHUKET: A gang of seven was arrested for attacking and robbing two undercover police officers in Phuket Town on Sunday morning.

The Phuket City Police officers went straight to their station to report the crime and worked together with Col Kamol Osiri in order to locate the suspects via CCTV footage.

“The teens had robbed the officers of two guns, bullets and a necklace. We spotted five of them on CCTV, heading to Patong on three motorbikes. We ran one of the number plates and found the owner, who told us that his son-in-law was using his motorbike. He then gave us the address to a house where he believed the suspect could be hiding,” Col Kamol told the Phuket Gazette.

The suspects surrendered on the spot and the guns, bullets and necklace were recovered.

“They told us the location of the other two members who were living in Phuket Town. In total, seven gang members were arrested, of whom five were men and two were women. Two of them were underage boys,” said Col Kamol.

All suspects were charged with theft, but police said that additional charges may be filed later.