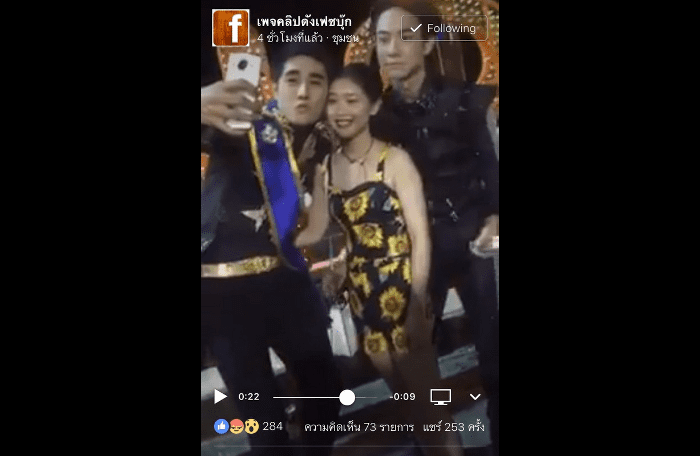 PHUKET: A cabaret show employee was caught on video while expertly stealing a pair of sunglasses from a woman’s bag on Sunday night.

The 32-second clip, which shows a uniformed employee of the Aphrodite Cabaret Show in Kathu pretending to pose with a tourist while digging his hand into her bag to extract the glasses, went viral on social media the same night.

The show’s general manager, Thummaros Sukapirom, apologized for the incident.

“An employee named Chanon Jumnongkit, who plays a supporting character in the show, is the one who stole the glasses,” said Mr Thummaros.

“After the show on Sunday, all our staff came out to the front of the venue to take photos with tourists as usual, which is when the incident occurred. As soon as we saw the video, we asked him to explain what happened and he admitted that he had done it,” Mr Thummaros added.

Mr Chanon was fired and handed over to the police for legal processing. The sunglasses were returned to their owner.

“We are extremely unhappy about it. During the six years that our show has been running, we have never had any problems. We apologize and have briefed all our staff to prevent such incidents from occurring in future,” Mr Thummaros said.