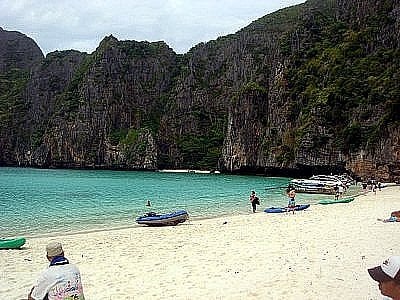 PHUKET: A French tourist died after being struck by a speedboat while snorkeling off Phi Phi Island, near Phuket, yesterday afternoon.

Police were notified of the accident at about 12:30pm.

Mr Jannequin was travelling with four Frenchmen. Two of them went snorkeling not far from the shore, the Phuket Gazette was told.

“While one of them was snorkeling, he heard his friend cry out. When he looked up he saw a speedboat speeding away very quickly. His friend was hit on the head and shoulder. He died at the scene,” an officer told the Gazette.

The Gazette has yet to confirm what action, if any, is being taken by the police to find the speedboat driver for questioning.

The news comes as another French tourist is feared to have died in the deadly fire at Tiger Discotheque on Soi Bangla, Patong, that claimed four lives early Friday morning.