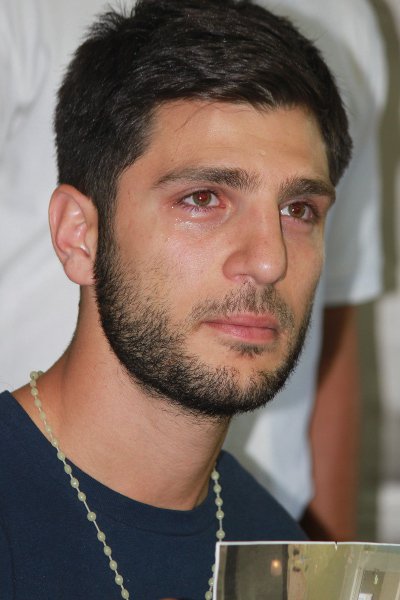 PHUKET: A British man today held a public appeal to find his brother, who was last known to be at Tiger Discotheque at the time the deadly fire broke out at about 4am on Friday.

With tears in his eyes, Joseph Tzouvanni, 26, told the press in Phuket that his brother, Michael Pio Tzouvanni, 24, had not been heard from since the night of the fire.

“He has been missing for three days now. I’ve been busy checking everywhere to find him – the prison, the police, hotels – as he could be anywhere. Anyone who can help [let me know] where he is, [or] please contact the British Embassy,” he said.

Mr Tzouvanni, who flew from London to find his brother, explained, “Michael called his friend at 4am at the Tiger Discotheque on the day of the fire… I don’t know what he talked about with his friend.”

He added that Michael’s belongings were still at the Sand Inn hotel, where he was staying.

“He had already stayed in Phuket for 10 days and he extended [his stay] another four days as he loves Phuket. He always comes to Phuket, especially Soi Bangla.

“We love him and we need to find him. We have five brothers one sister. As soon as we found out that Michael had disappeared, I decided by my own to come here.

“He is on Bangla every day. He’s probably just missing as we hope, but if anyone sees him around, please contact the police. Please help me find Michael,” he added.

“He’s got a ring on his left little finger, and he is a construction developer in England,” he said.

Capt Urumporn Koondejsumrit of the Tourist Police explained that Michael was scheduled to fly out of Phuket at about 4pm today.

“Joseph has already inspected the bodies [of the four victims recovered from the fire], but he could not identify any of them as [Michael],” he said.

“We will send Michael’s toothbrush and a sample of Joseph’s DNA to the Institute of Forensic Medicine at Police General Hospital [in Bangkok] today,” he added.

In late-breaking news this afternoon, senior investigators at the Royal Thai Police Institute of Forensic Medicine announced at a press conference in Bangkok that preliminary tests indicated that the four bodies were of “two men and two women” and “two Caucasians and two Asians”.

However, the forensics officers did not reveal any further details.