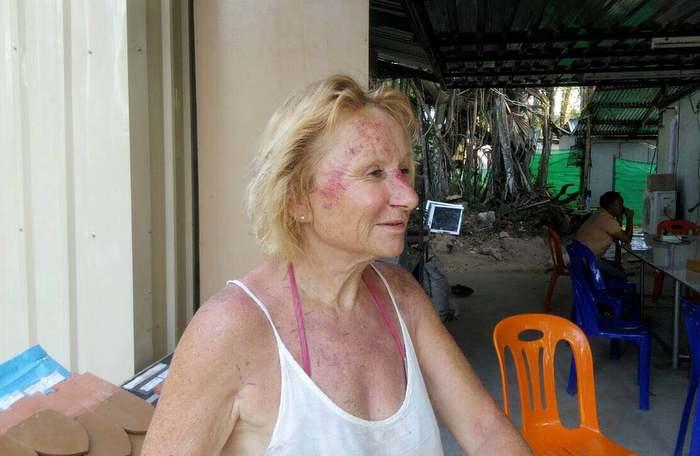 PHUKET: Phuket police are hunting for two men who mugged a 70-year-old French woman as she was riding a bicycle along Lay Pang Beach yesterday evening.

Martine Delaloy was riding her bicycle along the beach at about 5pm when two suspects, thought to be teenagers, drove past her on a motorbike and snatched her bag, causing her to fall.

“When we arrived, we found locals giving first aid to Ms Delaloy, who suffered injuries to her face and leg,” said Capt Virot Choomkaew of the Cherng Talay Police. “The two suspects were able to flee the scene.”

Ms Delaloy, who is on her fifth visit to Phuket, was taken to Thalang Hospital for treatment of minor injuries.

The thieves escaped with about 500 baht cash, a mobile phone and other items in her bag.

“We will check CCTV cameras along the road to identify the suspects as soon as possible,” said Capt Virot.