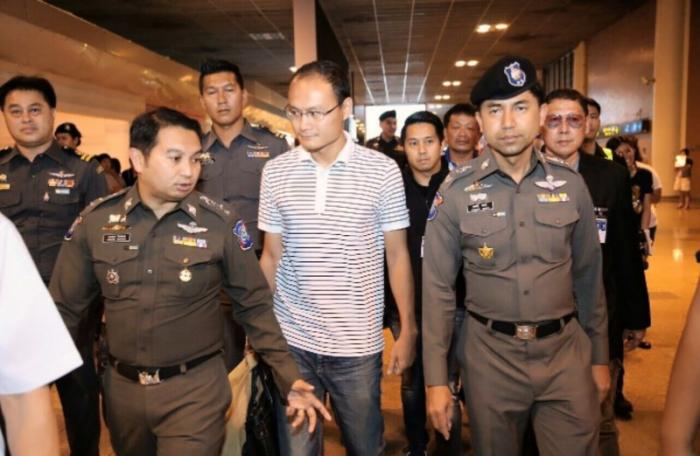 PHUKET: Police are questioning a Chinese man who was apprehended in Phuket in connection with the attempted robbery of a gun shop in Bangkok on Friday (story here).

Police tracked down Su Su, 29, at a residence in Paklok on Saturday evening after it was revealed that he had registered a SIM card found on one of the robbery suspects in Bangkok.

“He was very co-operative and admitted that he bought SIM cards in bulk for tour companies to give to Chinese tourists. However, he claims to have nothing to do with the robbery,” said Phuket Provincial Police Commander Teeraphol Thipjaroen.

“We have yet to confirm whether he has any direct involvement in the matter. However, registering SIM cards in this way is a threat to internal security,” said the general.

He also confirmed that Mr Su had been handed over to Tourist Police and the Immigration Police officers, who escorted him to Bangkok for further questioning.

Mr Su’s visa has been cancelled and he is awaiting deportation, the Phuket Gazette has learned from a source connected to the case who wished to remain anonymous.

Understanding what AEC means for Phuket