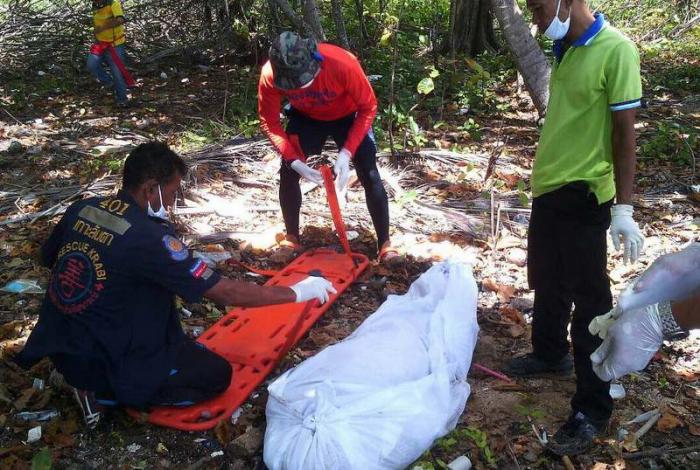 KRABI: Four bodies that have washed ashore in Krabi over the past two days could be those of crew members who went missing when their fishing boat sank more than a week ago.

Officials are awaiting DNA test results, but believe the bodies belong to the missing crew of the Bumroong Thai Nawa fishing vessel, which sank on August 15 (story here).

“All of the bodies have been transferred to Krabi Hospital for DNA testing,” said Krabi Marine Police chief Anurak Parinyasathiragul. “The missing crewmen’s relatives and employer have arrived in Krabi but they were unable to identify the bodies, which were badly disfigured after a long period of time in the water.”

Colonel Anurak would not estimate how long it would take to identify the bodies.

20-year-old shot by boss after drinking kratom at work