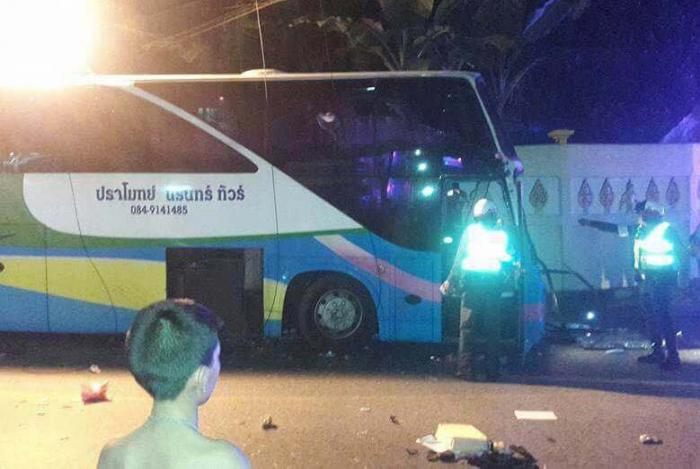 PHUKET: More than 30 Chinese tourists were injured when their tour bus crashed into a temple at the bottom of Patong Hill last night.

Police are hunting for the bus driver, who reportedly fled after ploughing into the wall of Wat Suwan Kiriwong, around 8:30pm.

“There was a lot of broken glass all around. A car and a van were also damaged in the collision,” said Patong Police chief Pattapee Srichai.

A total of 31 people suffered minor injuries. They were in a state of shock and taken to Patong Hospital, said Maj Pattapee.

“The bus was making its way downhill into Patong and was at the last bend in front of the temple when the driver lost control, hitting a car and a van before crashing into the wall,” said Maj Pattapee.

Police said the driver faces charges of reckless driving causing injury and property damage, if he can be found.