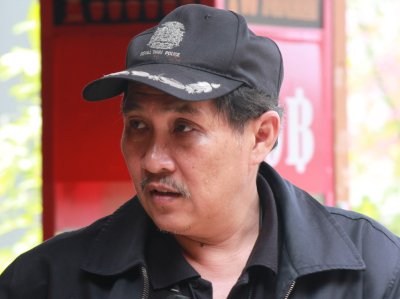 PHUKET: After all the noise made by officials about the urgency to uncover the truth of the Phuket nightclub fire in August, the release of the investigators’ official report has been postponed while the forensic specialists attend a seminar in Bangkok.

Superintendent of the National Office of Forensic Science stated during the investigation of the fire at the Tiger Discotheque on August 17 that the results of the forensic examination into the cause would be ready in 30 days.

However, as of today – 33 days since the blaze, the report has not been released.

The investigation was conducted by Col Nattapol Samsen who led a 10-strong team of forensic investigators to collect evidence from the burnt-out Bangla Road entertainment complex in Patong.

The Phuket Gazette spoke with the Inspector of the Phuket Office of Forensic Science, Lt Col Kittisak Nuphueng, to find out why the delay in publishing the report.

Col Kittisak told the Gazette that, “The results of the investigation into the cause of fire were scheduled to be announced on September 17. That has been postponed to next Monday as the Forensic Science Region 8 teams, who are responsible for examining the evidence, have to attend a seminar in Bangkok.”

“Even though the results will be disseminated, we are not authorized to make the report public without the permission from the Commissioner-General of Royal Thai Police,” said Lt Col Kittisak.

The Gazette contacted the Forensic Science Region 8 Chief, Phongnarate Tantivathana, to ask if he had been given authorization to make an official comment on the cause of fire.

“It is our policy to treat this as classified information. At this time we don’t have the authority to release the findings of the investigation to the public,” answered Col Phongnarate.