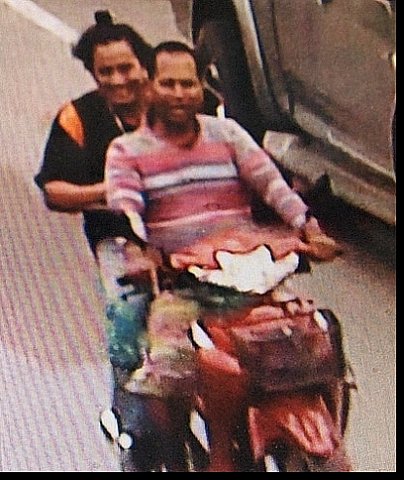 PHUKET: Phuket Police this morning are combing the Kathu Waterfall area after the wife of smash-and-grab gold thief Mr Koson tipped off police to his probable whereabouts.

The Burmese woman, yet to be named by police, was arrested at the Mo Chit Bus Station in Bangkok last night with gold jewelry valued at about 1.8 million baht in her possession, Phuket Provincial Police Commander Chonasit Wattanavrangkul told the Phuket Gazette this morning.

“His wife told the police [at the Metropolitan Police Bureau] that Mr Koson was still in Phuket and that he was hiding at a friend’s house around the Kathu Waterfall area,” Maj Gen Chonasit said.

A Phuket Provincial Police team was dispatched this morning to search for Mr Koson in the area, explained Maj Gen Chonasit.

“We are also continuing our search for both thieves across the island,” he added.

Mr Koson’s wife will be brought to the Provincial Police Region 8 headquarters in Surat Thani for a press conference, before being returned to Phuket for more questioning, Maj Gen Chonasit said.