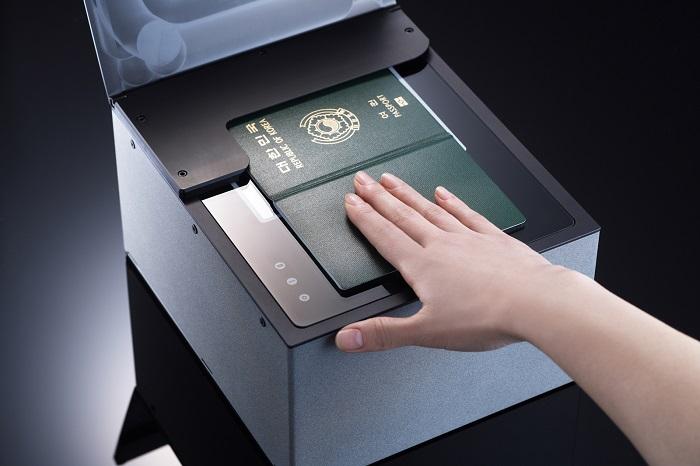 PHUKET: Three weeks after the official opening of the new international terminal at Phuket Airport, frustrated travellers are still putting up with long lines at the immigration counters due to a lack of essential equipment.

Only 13 of the 34 immigration counters at the international departure area had computers on the September 16 opening day of the new terminal; causing long delays for passengers (story here).

However, despite 30 extra immigration officers drafted in and all 34 counters now equipped with computers, processing of passengers is still slow while the officers wait for more passport scanners and cameras for the counters.

Airport Director Monrudee Gettuphan said there was a delay in acquiring the passport scanners and cameras because they are ‘regulated equipment’.

“The lines are shorter since the extra officers were drafted in late September and they are processing passengers more quickly now but things will be better once the rest of the equipment is installed, which should be any day now,” said Ms Monrudee.

Australian tourist James Denton, who arrived at Phuket International Airport at 12.30am on Sunday, said it was mayhem at the immigration counter in arrivals. “There were well over a thousand people waiting to be checked in and only five immigration officers on duty.”

Mr Denton said at least five other flights arrived at the same time as his and there seemed to be little coordination between flight arrivals and immigration staff. “At one point a new group of immigration officers came in and I thought they were there to help, but it was just a shift change and there were still only five counters open.

Mr Denton eventually managed to get out of the airport at 4am that morning.