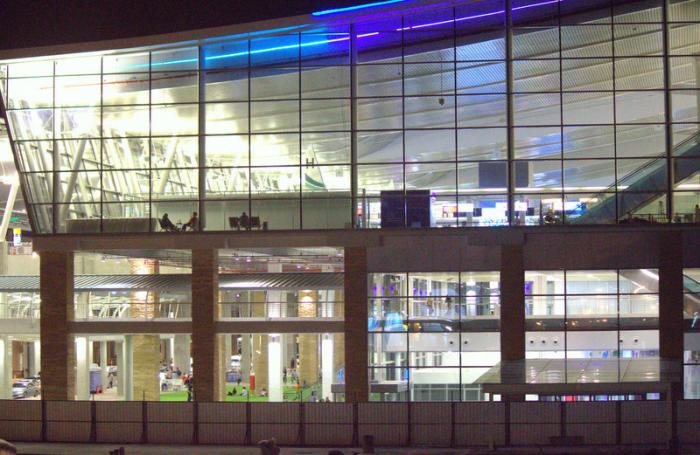 PHUKET: On the 16th of September, Phuket officially opened the much anticipated and delayed new Phuket International terminal. The terminal is expected to accommodate up to 5 million international passengers a year while, the old terminal will accommodate 7.5 million domestic passengers.

Firsthand experience arriving at the new international terminal two days after the official opening left me a little disappointed.

First impressions are of a bright, swanky and welcoming terminal, but as I approached the queue at the immigration arrival booths, I was flooded with a familiar feeling of disappointment upon seeing the same old long queues – if not even longer.

The wait was a good 40 to 60 minutes, with flights continuing to arrive and queues lengthening by the minute. The arrival lounge in the new terminal has two rows of immigration booths with a capacity of at least 38 booths, but only 12 were functioning.

The departure lounge, which has capacity for 34 immigration booths, was reportedly suffering from similarly long queues. Passengers had been warned to arrive at the airport at least an hour earlier than normal in anticipation of the extra time needed to get through.

Customer reviews on Skytrax of the new Phuket international terminal highlighted Immigration’s departure booths, among others, as “pure mayhem”, “absolute carnage” and “a very bad experience”. Skytrax is an international air transport rating organization, evaluating and advising on the quality standards at airlines and airports across the world. Given that the terminal had plenty of time to prepare and that the additional computer terminals and immigration officers were essential, having these in place should have been top of the list.

The high season is around the corner and the anticipation that Russian tourists will return means increased chartered flights from Russia on top of the normal high-season crowds.

The new Phuket terminal needs to take a page or two from Singapore. Skytrax has just announced the world’s top airports for 2015 and for the fourth year in a row, Singapore’s Changi Airport has been voted as the best airport in the world. Seven of the top 10 airports are actually in Asia.

We need to add value to all passengers coming or going through the new terminal. The terminal is the start or end to a great and memorable holiday in Phuket. That’s what we want them to remember; not the 40-minute wait to get passports stamped.

According to Airports of Thailand, from January to July there were 8.9 million inbound tourists through Phuket International airport, which is a 19.7 per cent increase from last year. The second half of 2016 will surely be a ‘real-time’ test for Phuket Airport. For the sake of all businesses in Phuket, we just have to nail it.

Amy Koh is the sales manager of Engel & Voelkers Phuket. To contact Amy or for more information, visit www.engelvoelkers.com/en/phuket