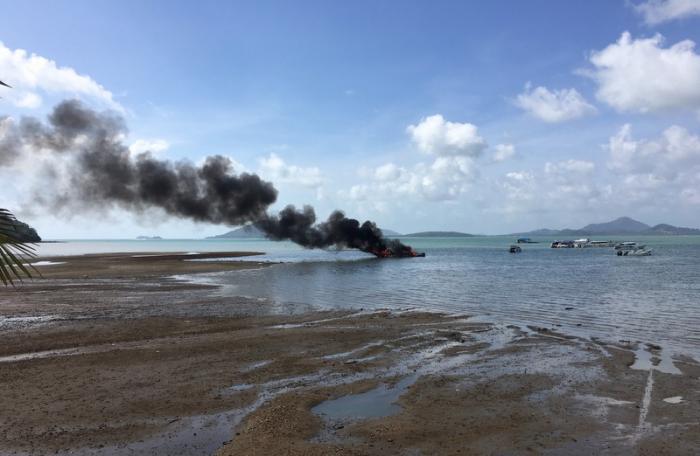 PHUKET: Investigators confirmed today that an electrical short circuit was the cause of a speedboat blaze off Yamu Pier in Pa Khlok on September 24.

Three crew members were injured in the fire, with one of them sustaining serious injuries including a broken leg and burns on 40-50 per cent of his body (story here).

He is still under doctors’ supervision and is expected to be released from hospital in two days.

The three-engine speedboat is registered to CC Blue Marine.

“The boat was acquired in an auction, but had remained unused for a long time,” Pa Khlok Municipality Mayor Panya Sampaorat told the Phuket Gazette.

There were no tourists on board when the fire broke out, as crew members were preparing it for boarding at the time.

“The estimated value of damages to the boat is about 3 million baht,” Mr Panya confirmed.

Medical expenses of all three men were covered under the company’s insurance.