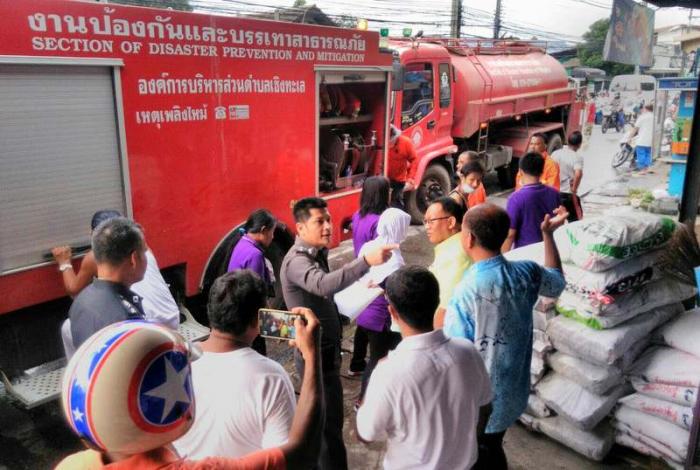 PHUKET: Police said they believe a fire that spread across Bang Tao’s Supercheap store yesterday was ignited by children’s firecrackers.

Firefighters and personnel from the Cherngtalay Department of Disaster Prevention and Mitigation (DDPM) office raced to the scene of the blaze yesterday afternoon. Firefighters reportedly battled the blaze for 20 minutes before it was extinguished.

Goods inside the store were destroyed by the fire, reportedly set off by children throwing firecrackers, which are everywhere throughout the island during Phuket’s controversial Vegetarian Festival.

“According to the store’s staff, the blaze burst out and spread fast,” said Colonel Rassada Kluengwong of the Cherngtalay Police. “Staff tried to put it out, but couldn’t do it. so they called us.”

As this goes on line, there are no estimates as to the amount of damage the fire has done.

There were no reports of injuries resulting from the fire.

Cherngtalay Police were continuing their investigations and checking CCTV footage taken inside the store.