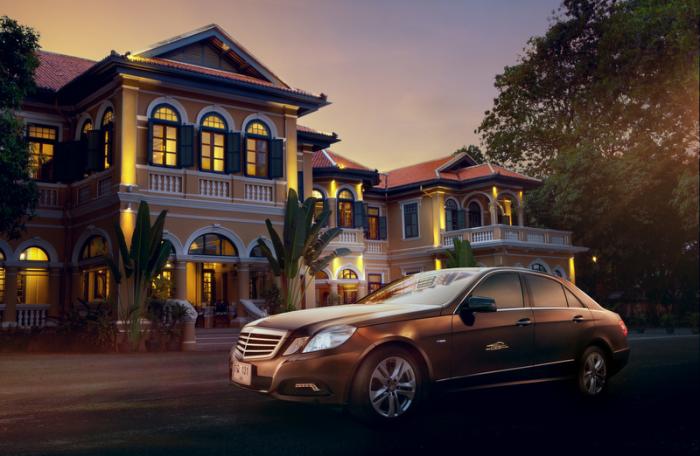 PHUKET: Getting from the airport to a hotel in Phuket is probably one of the biggest headaches facing any visitor fresh off a plane.

Public transport is limited to just about nothing and taxis have long been notorious to do business with here, so there has been a gap in the market just waiting to be filled – offering tourists and executives the option to travel in hassle-free comfort and style.

Earlier this year, Phuket Luxury Transfers Co was established as an offshoot of Phuket-based destination management company Exotic Voyage to fill that gap, and is currently operating as an independent transportation supplier for other travel companies.

Owned by Sathirapong Na Takuatoong, the president of the Phuket Tourist Association, and Olga Na Takuatoong, Vice Managing Director of Exotic Voyage, Phuket Luxury Transfers offers high-end transport options for travellers used to a certain level of comfort, with a fleet of luxury vans and limousines.

Project Manager for Phuket Luxury Transfers, Vyacheslav Zavrin, says the fleet of Toyota Alphard minivans along with Mercedes-Benz sedans has been a hit with international tourists.

Mr Vyacheslav – who previously held positions at Exotic Voyage as tour coordinator, hotel reservations manager and chief of the airport transfer department – says there was a distinct lack of high-quality transport options for international tourists and executives visiting the island, especially during high and peak seasons. Thus, Phuket Luxury Transfers was conceived and established in April this year.

The company itself has 11 employees, including English-speaking drivers and a sales manager specifically for Chinese clients. Based on preliminary market figures, Mr Vyacheslav estimates that the company’s clients comprise holiday makers (80 per cent) and travelling executives (20 per cent).

“Our Asian clients are familiar with the Alphard minivans and, for us as a business, the luxury Toyota brand is reasonably priced while offering a very high level of comfort. Americans and Europeans are more familiar with the Mercedes Benz Viano, but for us this would be a risky investment considering the much higher price of these vehicles in Thailand,” says Mr Vyacheslav.

“We may expand the fleet in the next few months depending on demand. The new E-class coming in 2017 and the new Vito minivan from Benz are attractive options. For now, though, we are waiting for delivery of a new Ford Ranger with a Carryboy box, which will be used as a luggage car.

“Our rates are higher than those of hotels offering limousine services, but we often work with 5-star hotels to offer their guests extra transport options, especially during the high season when hotels do not have enough of their own vehicles or drivers to cope with demand,” says Mr Vyacheslav.

“Many opportunities lie ahead with the ongoing expansion of Phuket as a world-class tourist destination. These are dynamic times for the island’s hospitality industry and we are confident that Phuket Luxury Transfers is primed to continue offering top-grade transport services in the coming years.

“We are keen to work with other travel organizations and hospitality specialists with the aim of providing the next generation of international travellers with memorable, hassle-free experiences – whether for business, leisure or pleasure,” concluded Mr Vyacheslav.