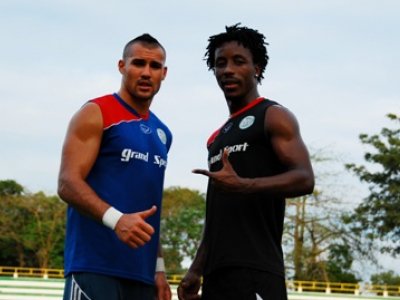 PHUKET: FC Phuket fans will be allowed to cheer during the team’s final home match of the season on Saturday evening against Bangkok FC, the club’s secretary has confirmed today.

The latest development comes after an unprecedented ruling by the Football Association of Thailand (FAT) that the club’s final home match could be played at Surakul Stadium on the condition that Phuket fans be prevented from cheering.

Such terms were imposed by the FAT following an incident on December 21 when a small section of Phuket fans intimidated the referee into apologizing for “biased calls” which fans claimed had caused the team to lose against visiting Suphanburi FC.

“FAT yesterday changed their mind and decided to lift the ban that would prohibit fans from cheering,” club secretary Soranan Sanae told the Gazette.

“Fans will now be allowed to sport FC Phuket shirts and other team paraphernalia on game day, and can cheer as usual,” he said.

“I would like to ask the cooperation of all fans to not do anything to harm the referee or stir up anger again. When fans make trouble, it is the club who has to pay the penalty,” he added.

Whether all fans can keep their cool on Saturday remains to be seen.

Their opponents, Bangkok FC, are desperate for a win in order to escape the threat of relegation.

Four other teams including SP Customs United, JW Rangsit, CT Chanthaburi FC and Air Force United are all in similar danger whereas Chiangmai FC, RBAC FC and Thai Honda have already been relegated.

And if Phuket and Bangkok’s match turns out to be anything like their first meeting in April last year, when Bangkok were 5-2 up before a freak storm postponed Phuket’s misery six minutes early, then fans’ patience will indeed be put to the test.

Going into Saturday’s match, Phuket are short two of their key foreign players: Ivorian Kone Adama and Frenchman Jonathan Matijas have both departed Phuket after their contracts expired on December 31.

Adama was reported to have flown to Myanmar on Monday to join a new team there while Matijas flew to Bangkok on Wednesday to find a new net to keep.

Contracts of Phuket’s remaining three foreign players – Nene Bi Sylvestre and Abdoul Coulibaly from Ivory Coast, and Boubacar Issoufou from Niger – have yet to expire.

Meanwhile, leading team scorer (6 goals) Sarach “Tang” Yooyen, whose father passed away on New Years Eve, confirmed by phone this morning that he will play in Saturday’s match

“My father had been sick already for two months which was affecting my performance a bit. I now can control my mind not to be so sad, and will give it my all in the last home match so as to please fans as much as possible.”

Phuket’s golden boy has played for the team on loan contract from Rajpracha FC.

Sarach noted that he had just been ordained as monk for a day, following his father’s funeral yesterday in Bangkok.

Sarach added that he will arrive at Phuket this afternoon, and join the training session this evening.