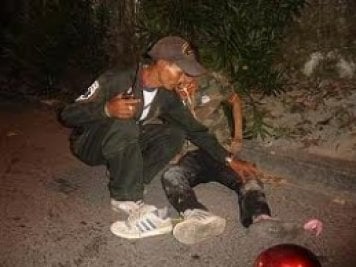 PHUKET: The final toll for the “Seven Days of Danger” road safety campaign in Phuket is six dead and 80 injured in 75 reported accidents, all higher than last year’s figures.

The Department of Disaster Prevention and Mitigation Phuket Office, which oversees the campaign, set as its “goal” a 5% reduction in all three categories going into the period.

A total of 8,480 people were checked for drunk driving, resulting in 18 people being charged.

No new drunk driving charges were filed yesterday, even though drunk driving was given as the cause of an accident in Thalang last night.

A total of 48,508 cars were pulled over for inspection at more than 50 police checkpoints set up around the island over the period.

The Seven Days of Danger campaign is an biannual accounting conducted during the Songkran Festival and New Year holidays.

The nationwide toll stands at 335 people dead and 3,375 more people seriously injured in 3,093 road accidents over the period, according the National Road Safety Center in Bangkok.

Ten provinces, including three in the South (Satun, Yala and Pattani) made it through the period free of road accident fatalities.

Buri Ram and Nakhon Sawan had the highest death tolls, with 18 fatalities each.