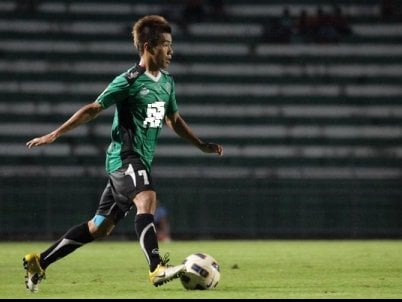 The competition now changes to a two-leg (home and away) format, with Phuket enjoying home advantage in this first encounter.

Next Wednesday, Phuket travel to play the second leg at Sriracha’s Suzuki Stadium in Chonburi.

Although a division above Phuket, the Sriracha “Blue Marlins” languish near the bottom of the TPL in 16th position, with only 13 points from 17 matches.

Having dispatched their league superiors Big Bang Chulalongkorn 2-1 last week, Phuket certainly have the bit between their teeth to move forward in this competition.

The Toyota League Cup round-of-16 match kicks off in Surakul Stadium at 6pm.

The remaining draw is as follows: