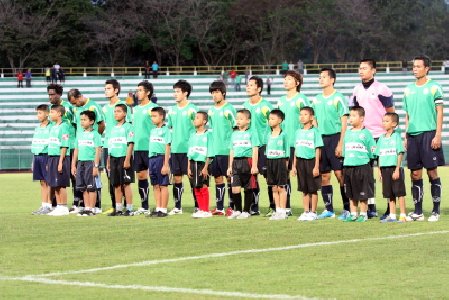 PHUKET: FC Phuket will start their 2011 Division 1 campaign with an away game against Suphanburi on February 12.

The match will mark the beginning of the 17-game season, during which Phuket’s ‘Southern Sea Kirin’ (FC Phuket’s official name) will play every other team in the division only once.

Playing their first season under Surachai Jirasirichote, FC Phuket will be looking to continue their outstanding home form when they take on Rajpracha at Surakul Stadium on February 26.

Hopes are high that FC Phuket can finish in the top four in the league to make the playoffs for a chance of yet another promotion – to the Thai Premier League – later in the year.

Phuket’s fixture list for 2011 includes two trips to Bangkok for clashes against Bangkok United and Bangkok FC, and finishes with a home game against Chainat.