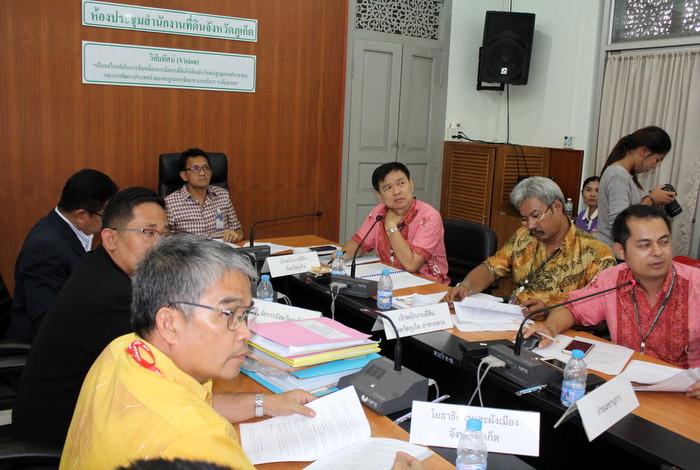 PHUKET: After a long lull in the province’s real estate market, experts believe at least 5 billion baht will be invested into the market between the last fiscal quarter of this year and the first quarter of next year.

“2016 real estate investment is quite slow, in the demand for both housing and condominiums,” Mr Thanusak said. “There have not been many new projects being built over the past months.”

Mr Thanusak said the PREA believes the absence of new building projects in Phuket is due to a glut in chronically unsold units left over from previous years. More than 2,000 condo units were left unsold last year along with an estimated 300 houses, according to the association’s research.

“The first quarter of this year, the government began a campaign to boost investment by decreasing the ownership transfer tax,” he said.

“We’re seeing a better situation in the Phuket real estate market right now, and I believe the last quarter of the year will be even better, as more projects come onto the market.”

PREA estimates that the best-selling properties will be 2 to 3 million baht houses, while higher market sales may also see gains in the coming quarters.

“I have confidence in Phuket’s tourism growth,” Mr Thanusak said. “That will always bring investors to Phuket, as people come and choose to stay and settle down.”