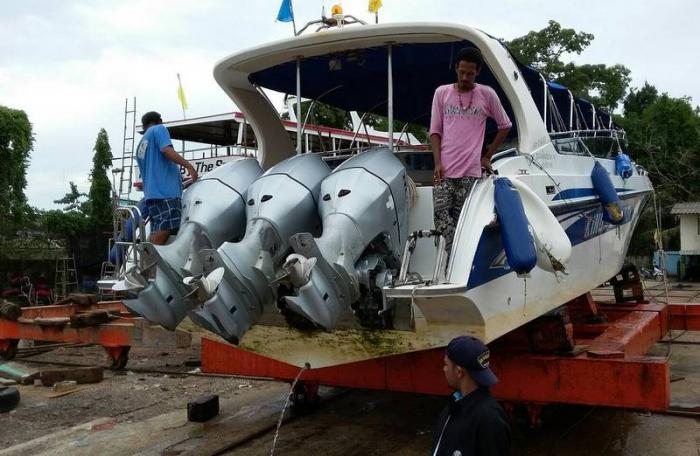 PHUKET: A speedboat crew member was charged for reckless driving and causing injury after a Chinese tourist was severely injured when he got caught in the boat’s propeller on Wednesday.

Li Yuheng, 18, was aboard the Poseidon 959 along with 33 other tourists. The boat was headed from Phuket to Phi Phi and was moored at Pileh Bay for tourists to swim.

“Mr Narudol said that Mr Li went swimming. When it got windy and the waves became a little rough, Mr Narudol tried to move the boat so the rocking movement wouldn’t hurt tourists. He said he had no idea Mr Li was near the propeller until he was already injured,” said Maj Seksan.

Mr Li sustained severe injuries on his right arm and both legs. He underwent emergency surgery and is currently unconscious in the Intensive Care Unit (ICU) at Krabi Hospital.

In January this year, a French tourist was killed while snorkelling south of Poda Island in Krabi after she was struck in the head by a speedboat propeller (story here).

The following month, a Russian diver lost his leg and another was seriously injured after being hit by a speedboat near Maya Bay (story here).