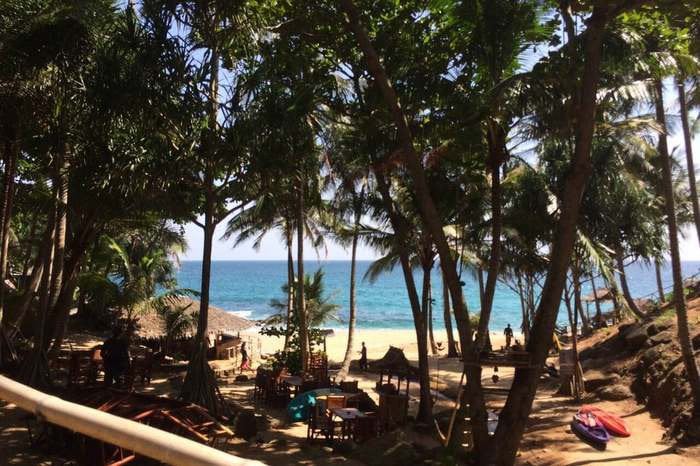 PHUKET: Karon Municipality and Naval officers have issued a 30-day eviction notice for several establishments on Nui Beach after the court confirmed that the owner unlawfully possesses the land.

The news follows a raid of the beach in February that investigated complaints by locals that mafia thugs were charging people a fee to use the public beach (story here).

Last month, Lt Somphop Kamthana of the Royal Thai Navy Third Area Command followed up on the case and revealed that the NorSor 3 land document presented by the family who claim to own the land had been voided by the court (story here).

“The KorSor 1 provided by Thana Chotianan to obtain a NorSor 3 for the 18 rai of property was for a completely different property, which voids the NorSor 3,” said Lt Somphop last month.

Soon after, the Navy handed over the evidence to Karon Municipality so that the eviction notice could be issued and posted.

“Starting today, the owners have 30 days to clear their establishments off the beach,” Lt Somphop said after the notice went up yesterday.

“If they fail to do so, naval officers and Karon Municipality employees will demolish the buildings for them.”