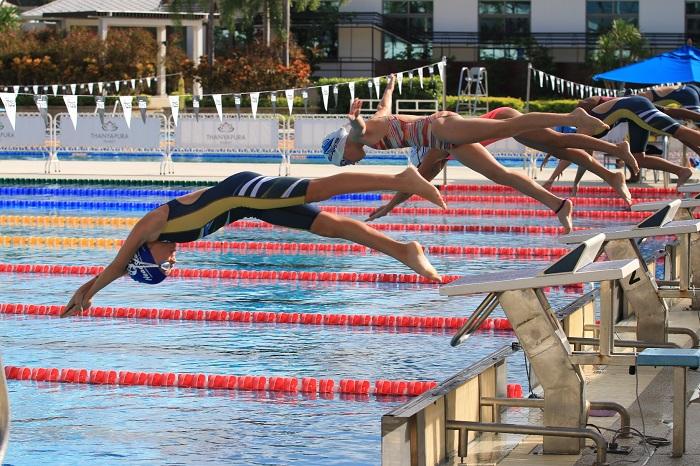 PHUKET: Young swimmers from across the country met to compete in a friendly inter-school contest at Thanyapura on June 11.

The swim meet was the fourth session of the Thanyapura Open Swim League at the Olympic-sized swimming pool.

“Last year’s competition pulled in 80 swimmers, while this year there were 170. I would like to thank everyone for participating this year.”