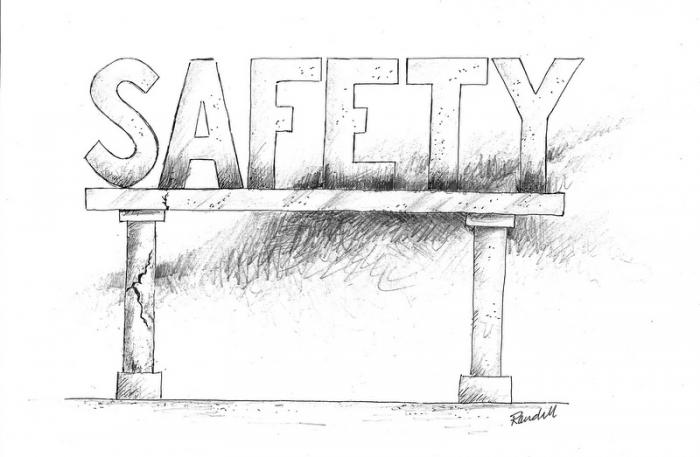 PHUKET: Reports of structural damage at the Jungceylon shopping complex in Patong need to be taken seriously to protect shoppers from potential danger, but calls to close down the entire complex indefinitely appear to be unduly alarmist given the situation on the ground – and beneath it.

News that support pillars in the basement of the complex were damaged apparently came to light only after a concerned visitor noticed some of the damage and alerted authorities to it.

Once apprised of the situation, Jungceylon management was correct in putting public safety first, quickly closing off the affected areas to shoppers and taking steps to shore up the structure’s support base with I-beams, while qualified engineers assessed the extent of the damage.

As this edition went to print, Jungceylon management had yet to publicly reveal much about the engineers’ findings, except to specify the number of affected support beams at just four. We hope this turns out to be the case.

Given the sprawling nature of the 200,000sqm complex and the lack of any high-rise structures thereupon, the management appears to have been justified in limiting the closures to potential risk areas and reassuring the public that there was no need to panic.

With the current monsoon season now well underway, and with the inevitable associated downturn in tourist arrival figures and trade, it might also be a good time for owners and operator of other large structures in the seaside town to inspect the structural integrity of their properties.

This should particularly be the case for the handful of high-rise structures in the town that were built before the current set of sensible building ordinances were put in place in the 1990s.

It is difficult to explain the importance the Jungceylon complex plays to Patong to those who do not remember what an eyesore the area was back in the 1990s, when it was home to seedy karaoke bars, putrid drainage ditches, pump-on-a-barrel gas stations and even piles of illegally dumped garbage.

The opening of Jungceylon in late 2006 was a major turning point in the town’s difficult recovery from the 2004 tsunami and its presence has helped build Patong, increasing its economic independence from the rest of the island and growing its appeal as a cosmopolitan beach resort destination – and not just a place to indulge in sex tourism and other seedy pursuits.

As such, Jungceylon deserves a greater degree of public support and understanding than is indicated by the many anonymous postings on social media.

Island View: If it ain’t broke, why fix it?

Island View: The perks of parking are ready to be reaped