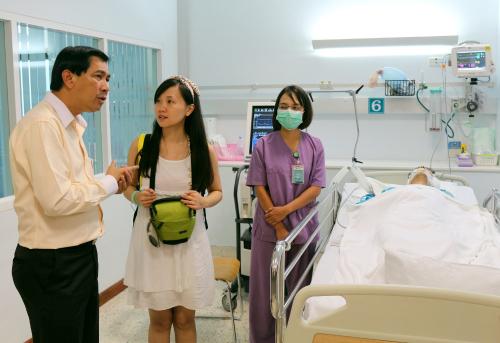 PHUKET: The Chinese tourist rendered comatose when the jet-ski he was riding collided with a paragliding speedboat at Patong Beach has recovered and is to be discharged from hospital today.

A nurse at Phuket International Hospital confirmed to the Phuket Gazette that Shen Baocheng’s doctors had approved his release.

He was taken to Patong Hospital and later transferred to Phuket International Hospital, where he was put on a respirator.

Phuket Governor Maitri Inthusut visited him in the hospital the same day.

Safety concerns about jet-skis and unscrupulous behavior of jet-ski rental operators have prompted complaints from the Chinese honorary consul and a consortium of EU Ambassadors in recent months.