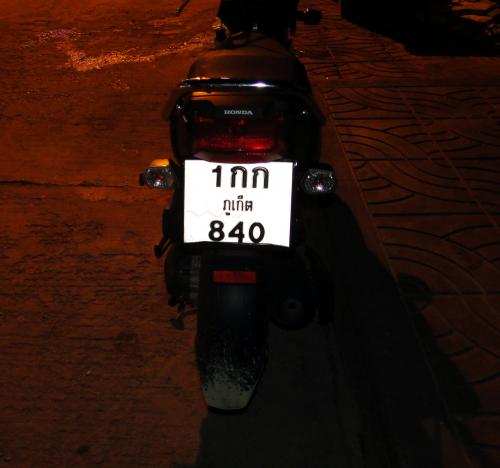 PHUKET: An male Australian tourist died this morning at Vachira Phuket Hospital after the motorcycle he was riding crashed into a power pole in Patong.

Patong Police and Kusoldharm Rescue Foundation Worker were notified of an accident near Patong Municipality Office on Ratchapathanuson Road (map here) at about 5:30am.

“When we arrived we found a man in his 30s, unconscious, with a severe head injury,” said Lt Col Chaowalit Neamwadee of Patong Police.

“We did not smell any alcohol on him, so we doubt the accident was alcohol-related,” Col Chaowalit said.

The Australian was swiftly taken to Patong Hospital, but his injuries were so severe he was transferred to Vachira Hospital in Phuket Town at about 7am, he said.

Vachira staff confirmed to the Phuket Gazette that the man was pronounced dead at 8:52am.

Patong Hospital staff were able to determine the man’s identity by contacting the company that had rented him his motorcycle. The Gazette is withholding his name until his family has been notified.

UPDATE: The identity of the Australian man has been confirmed as that of Tristen Sheriden, 28*.

* The original update reported Mr Sheriden’s age as 35. The error is regretted.