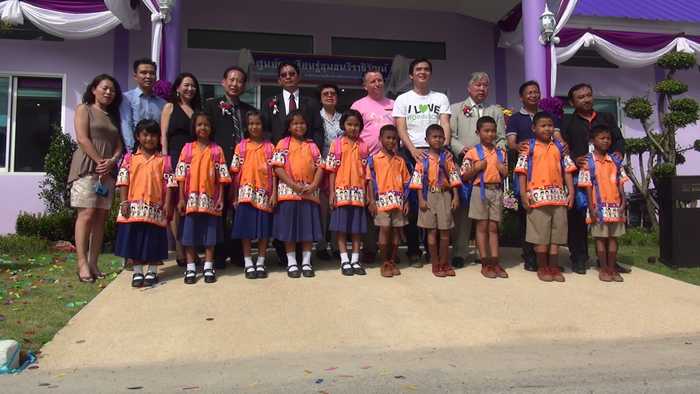 Built and equipped with 3 million baht in funding donated by the Central Group, the new Chirativat Community Learning Center is part of the mall developer’s nationwide plan to build such centers in all 77 of Thailand’s provinces.

Featuring a library and computers, the center also includes a special learning area dedicated to educating students about the Asean Economic Community (AEC), which commences next year.

“The aim of the centers is to encourage students to play a greater role in the global community and the AEC when it gets underway,” said Wantanee Chirathivat, Central Group senior vice president, Office of Policy Management for Corporate Relations & CSR, at the opening ceremony.

“The centers will also open doors for students looking for career opportunities within the AEC.”

Presiding over the ceremony was Rojana Kitcharoen, deputy secretary of the Office of the Basic Education Commission, under the Ministry of Education.