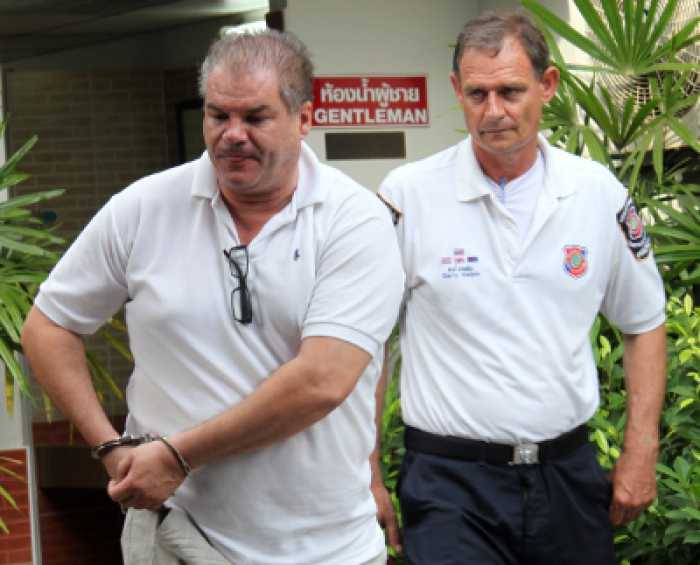 PHUKET: Stein Harvard Dokset, a retired car dealer from Norway and long-term Phuket expat on trial for the murder of his ex-girlfriend Rungnapa Suktong, will have his verdict handed down after the New Year.

The news came today after Mr Dokset testified in court.

“Mr Dokset today gave his own testimony as a defense witness,” said the public prosecutor involved in the proceedings, who asked not to be named.

“He maintained his innocence and again denied the charge of murder. He stood by his claim that an accident caused Ms Rungnapa’s death.”

Mr Dokset has consistently claimed that he shoved Ms Rungnapa in a fit of jealous rage, and that she hit her head as she tumbled down the stairs in his luxury villa in Kata (story here).

However, when police raided his home in 2013, they found her mostly decomposed remains in a trash bin in the basement.

DNA tests later confirmed the remains were that of Ms Rungnapa and forensics results indicated that a skull fragment found among the remains showed signs of having been hit with a hard object (story here).

Mr Dokset could face the death penalty under Section 288 of the Thai Criminal Code, which stipulates 15 to 20 years or death. He also faces charges of concealing a body and the illegal possession of a firearm.

“The testimony started in the morning and finished at about 4pm today. Judges scheduled to hand down the verdict in the afternoon of January 29,” confirmed the prosecutor.

“The judges will hand down any sentence the same day.”