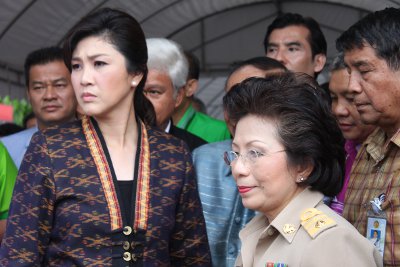 PHUKET: Cabinet today approved 200 million baht to build an elevated road over a mangrove forest on the outskirts of Phuket Town.

The project, best known as the Klong Koh Pee project, has been on hold for 15 years.

The announcement, made by Deputy Government Spokesman Anusorn Iamsa-ard at about midday, followed a morning session of meetings at the Prince of Songkla University (PSU) Phuket Campus in Kathu.

Mr Anusorn told the press that approval of the flyover would end a long wait by local residents for completion of the Klong Koh Pee Road project, which will connect Sakdidet Road Soi 7 directly to Saphan Hin.

The project will take 480 days.

Work on the project began 15 years ago, but was held up after the Ministry of Natural Resources and Environment ruled the final stretch could not be built through mangroves in the area, which drains an area of low-lying land, much of it the legacy of sediments deposited there during decades of tin mining.

The approval follows a series of special legal amendments, enacted specifically for Phuket and the Klong Koh Pee Project during the previous administration of the Abhisit government, that allow projects in mangrove preserves with “exceptional public benefits” to go forward, but only with Cabinet approval.

One man who will be satisfied with the approval is former Phuket Governor Wichai Phraisa-ngop, who made completion of the project his “farewell wish” during a going-away party in September 2010.