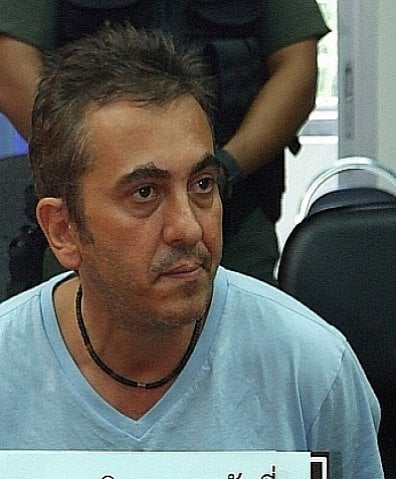 PHUKET: The Italian man who allegedly hired a hit squad to assassinate a business partner in March has been denied bail by Phuket Provincial Court.

A bail request lodged by Denis Kavatassi was rejected and the Italian remains in custody at Phuket Provincial Prison on charges of conspiracy to commit murder, Lt Col Weerayut Sittirattanakul of the Thalang Police told the Phuket Gazette.

Prasong and Somchai initially confessed to their involvement, but after consulting with lawyers now deny the charges.

Kavatassi and Ratchanon have denied any involvement from the outset.

Mr Suchart, the alleged trigger man, is listed as a resident of Yala province.

He was released from military service in December 2010, but his current whereabouts remain unknown.

He is known to be married, and his wife lives in Prachuap Khiri Khan province.

Despite all suspects denying the charges against them, there is still sufficient evidence to convict them, Lt Col Weerayut said.