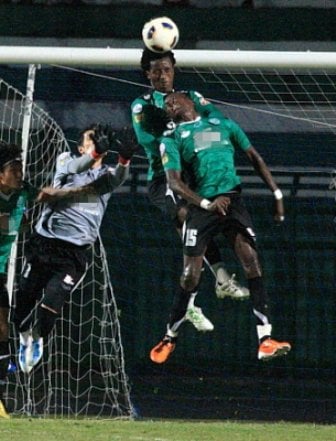 PHUKET: Second round matches of the Toyota League Cup get underway this evening, with FC Phuket facing a formidable challenge against Big Bang Chulalongkorn University (BBCU).

Division 1 rivals, the teams have played once already this season. That fixture, at Surakul Stadium on March 13, ended in a 0-0 draw. BBCU led the league at the time and Phuket were in sixth position.

Currently BBCU are in second spot behind Buriram FC. Although both teams have 42 points after 17 games, Buriram top the table with a better goal difference, +30 and +17 respectively. Phuket still cling to ninth place with a +8 goal difference.

However, as a cup competition being separated by a mere seven places in the same league counts for a minimal advantage.

That said, Phuket must be wary of a traveling BBCU, who have won four of their last five away games. Their only loss was against Buriram on June 5, when they went down 3-0.

Phuket scraped through their first round draw with Thanyaburi FC by 1-0, while BBCU fared slightly better beating Nakhon Ratchasima, who play in the Regional League North East Division, by 2-0.

Tonight’s “Southern Sea Kirin” and “Third District Tigers” cup clash is the first real test of how far Phuket have progressed since Sompong Wattana took over as coach.

7 rounded up on drugs, arms, theft charges in Phuket