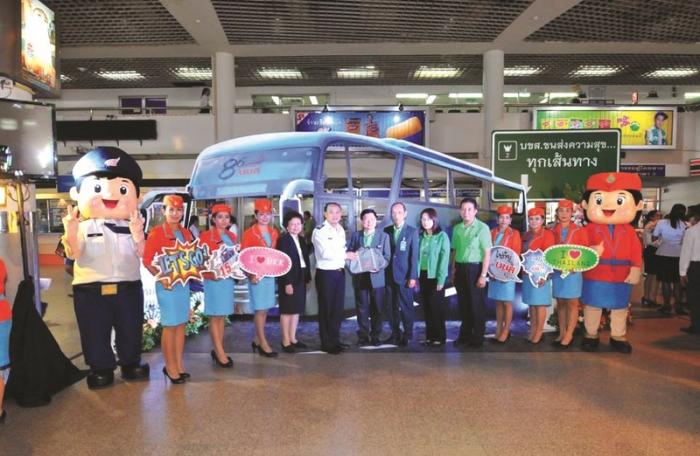 PHUKET: THE Transport Company Limited has launched one hundred new 15-meter-long buses to compete with the rapidly rising number of flights on low-cost airlines, the company revealed on its 86-year anniversary earlier this month.

The company will do test-runs on four main routes out of Bangkok: to Phuket, Mae Sot, Nakhon Phanom and Chiang Mai. These tests started on July 13 and will run through October.

The company plans to add 300 more buses to these routes if they get a positive response.