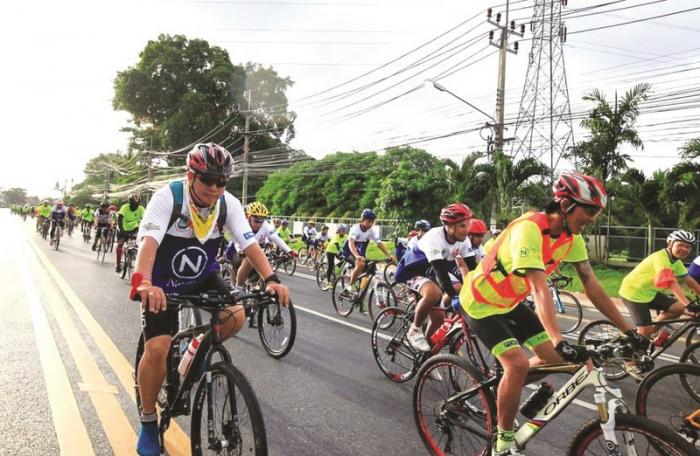 PHUKET: The Kathu Municipality Office in collaboration with Phuket Gazette partner Nation TV and Mitsubishi Motors held a cycling event starting from the municipality office on July 17 to promote a new bike route.

The event was named ‘Enjoy together in Nature – Bike routes @Kathu’, aiming to boost cycling trends and promote local tourism in Kathu.

“During this wonderful activity, everyone was in touch with the culture and nature of Kathu, and we are overwhelmingly pleased with the response from locals as well as the private and public sector representatives who participated,” said Kathu Mayor Chaianan Sutthikul.

A total of 4,200 cyclists took part, with some joining from Phang Nga and Krabi to ride the 17km route from the municipality office to Bangwad Dam.

“We now have bike routes totaling 8km in the province. We are also making the scenery around the dam attractive to promote it as a leisure destination,” said the mayor.