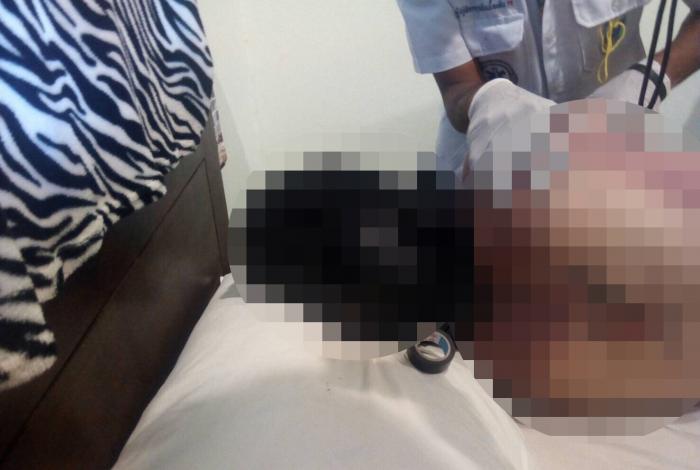 PHUKET: A British man from Liverpool was found dead with a plastic bag taped around his neck at a house in Rawai yesterday afternoon.

His partner, Rasamee Khaigarb, contacted Capt Somkiet Sarasit of Chalong Police to report the incident at about 4pm. The policeman arrived at the scene with rescue teams.

“We found the 55-year-old man lying face up with a black garbage bag over his head. He was naked, but covered by a blanket. A roll of electrical tape also lay nearby, which had been used to keep the bag in place as well as to avoid air from going in or out,” Capt Somkiet told the Phuket Gazette. “There were also five nearly empty packets of pills nearby, of which 45 had already been used.”

Police confirmed that there were no injuries or bruises on his body.

The victim’s partner told police that the two of them had had an argument on Saturday, after which she left the one-storey house.

“Ms Rasamee said that when she returned after 5 days, she found the door locked from the inside and did not get a response when she knocked. She broke into the house to find his body on the bed,” confirmed Capt Somkiet.

A note was also found at the scene, reading:

“Meaw I love you so much, but I can’t live with this problem. Love.”

The man’s body was taken to Vachira Phuket Hospital for further investigation, while his name has been withheld until it is confirmed that his family has been notified.