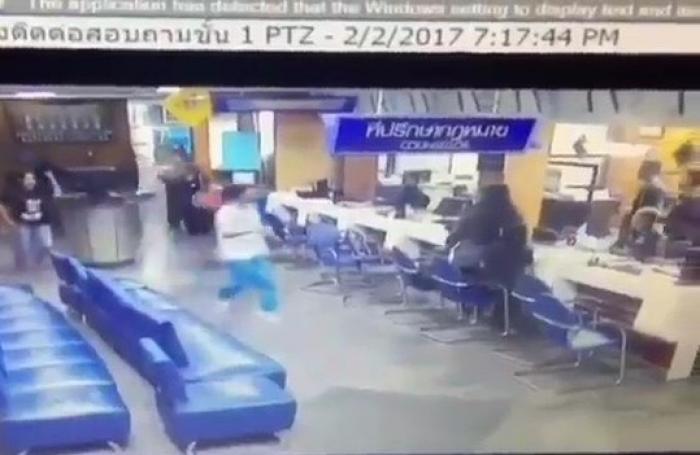 “Reports from officers and other witnesses at the station, as well as evidence from CCTV footage, shows that the boy approached the counter and pointed the knife at himself,” said Col Komon Osiri of Phuket City Police. “He then jumped over the counter, shouting that he didn’t want to live.”

Police avoided confrontation with the aggravated teenager while visitors ran for cover.

The boy’s parents, who were called to the scene, succeeded in convincing their son to put the knife down after 20 minutes.

It was later revealed that the boy had approached a fellow student, to whom he had earlier professed his love, with the knife.

The terrified girl – who had already rejected his advances – ran into the police station to protect herself, where he followed her.

No charges were pressed against the student, but he was sent to Vachira Phuket Hospital for psychiatric evaluation.

‘Most beautiful’ girl in Krabi crowned