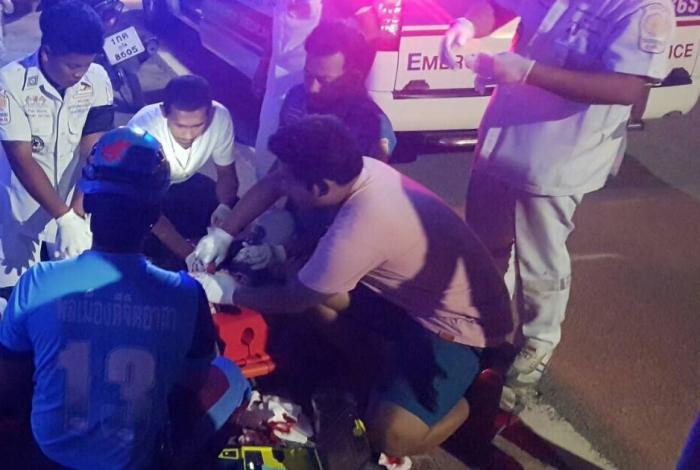 PHUKET: Another foreign tourist in Phuket, this time a young Turkish man, died in a motorbike crash in Kathu District at about 10pm last night.

The incident occurred near the Red Mountain Golf Course. Police and rescue workers arrived at the scene to find Hussain Cengiz Coskun, 24, lying on the road next to an electric pole with severe head injuries. He was bleeding profusely.

A broken helmet was also found at the scene.

The victim was rushed to Vachira Phuket Hospital where he was pronounced dead an hour later.

“The bike was rented from a Patong rental shop and he is thought to have been driving from Patong to Kathu or Phuket Town,” said Capt Wichote Meephop of Kathu Police.

“Witnesses said that no other vehicles were involved. He might have lost control in the curve in the road there and smashed into the electric pole alongside it,” the policeman added.

Flowers were found placed at the crash site in respect for Mr Coskun the next day.