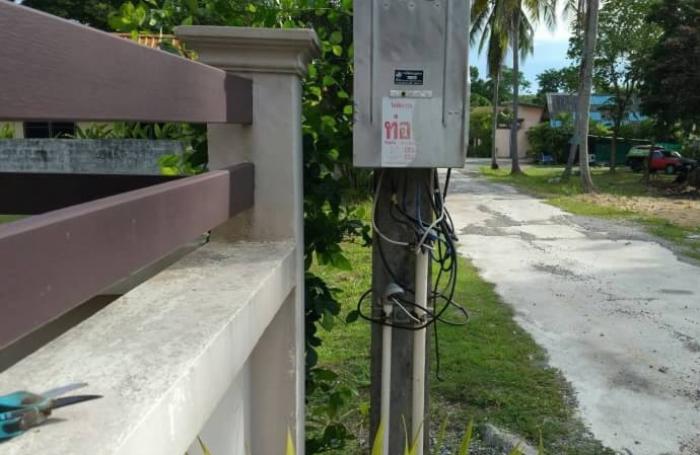 PHUKET: Officials have been instructed to examine a power pole that may have electrocuted and caused the death of a British expat at his house yesterday afternoon.

“We received reports of the incident in Rawai and went there to investigate further. At the scene, we found the unconscious body of Paul Wilkinson, 55,” said Lt Col Kanan Somrak of Chalong Police.

“Mr Wilkinson’s daughter told us that her father had been in good health. He was working in the garden while she was inside the house,” said Col Kanan.

“He was using garden tools, including scissors, in close proximity to an electric pole and transformer located right next to the wall of his house. This leads us to believe he may have been electrocuted,” he added.

At this stage, officials have not clarified exactly how the incident occurred, but further ‘investigation’ is ongoing.

The victim’s body has been transferred to Vachira Phuket Hospital for a postmortem examination, while authorities have yet to reveal if the pole was faulty.

Two weeks ago, a Myanmar couple died by electrocution while working at a resort, also located in Rawai (story here).