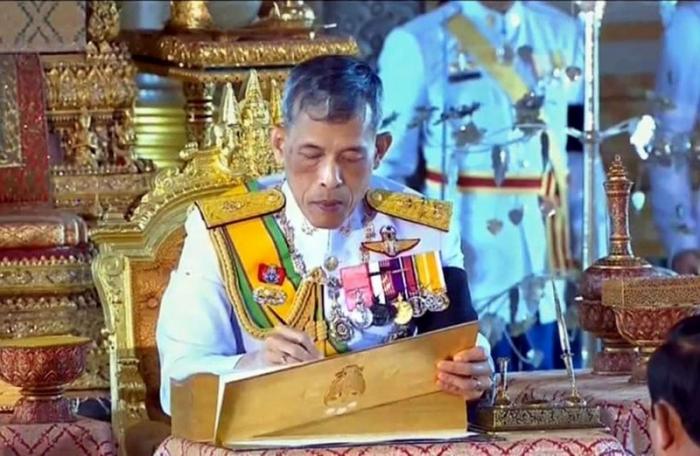 BANGKOK: His Majesty King Maha Vajiralongkorn yesterday signed the country’s new constitution – the 20th – giving it royal endorsement and setting in motion a process for the next general election, which is expected late next year.

The new constitution was published in the Royal Gazette about an hour after the ceremony was completed.

The solemn and ritual-laden ceremony, held at the historically significant Ananta Samakhom Throne Hall, was broadcast nationwide. The ornate building served as the venue for the country’s parliament until the early 1970s. His Majesty arrived at the throne hall at about 3pm, and the ceremony lasted a little more than 30 minutes.

His Majesty signed three copies of the new constitution, which were then stamped by officials and placed on gilded pillars before the King. After signing the three copies with gilded covers, he ceremoniously handed them to the prime minister.

In his remarks, which were read out by the court official, the King declared that the 2017 constitution would replace the post-coup interim charter of 2014.

The preamble mentioned constitutional crises in the past that had led to political impasses, and said that despite many constitutions, the country still experienced a lack of political stability, occasional disruptions and different conflicts. It partly blamed “dishonest and corrupt people who abused their power and failed to be aware of their responsibility towards the country and the people”. Such acts led to ineffective law enforcement, it said.

The new constitution reflects two changes advised by the Royal Household Bureau in January. One change involves Article 5, which allows the King to use his royal prerogative in line with the traditional rule in cases where no existing laws are applicable. This is the same as Article 7 in the 2007 constitution. In the constitutional draft approved in the referendum last August, Article 5 authorized the Constitutional Court to hold a special meeting with political leaders to deal with any severe crisis or impasse.

Another revision involves the appointment of a regent in Article 16, which allows the King to decide whether to appoint a regent or not when residing outside the Kingdom.

Gen Prayuth said yesterday that his government still could not provide a clear schedule for the next general election, as organic laws needed to be issued in preparation for the vote.

In his address, he promised that his government would hand over power to a new administration after the next election.