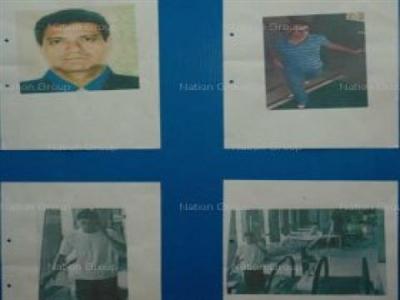 PHUKET: Three foreign suspects were arrested in Krabi yesterday for the theft of 12 million baht from a vehicle in the headquarters parking lot of one of Thailand’s largest commercial banks, the state-run media has reported.

The suspects – one American and two Colombians – allegedly smashed a car window in a pick-up truck and lifted the cash in a daring heist in front of the Krung Thai Bank headquarters in the Nana area of Bangkok on Friday.

Central Investigation Bureau Deputy Commissioner Maj Gen Panya Mamen said that tourist police and the investigation team tracked the gang from their mobile phones and received information that they had checked in at a Bangkok hotel after removing the cash from the pick-up truck.

They travelled to Trang before moving on to hide in a hotel in Krabi.

The American registered the hotel room to prevent police tracking the apparently higher-profile Colombians, but the investigation team located them anyway.

One Colombian was captured on closed-circuit television images.

Police initially recovered only 200,000 baht cash. They believed that more than 11 million baht was taken away by another suspect who rented a Toyota VIOS sedan with a Phatthalung license plate and who may have escaped from the country.

The trio denied the charges and police planned to take them to Bangkok for further questioning at the Immigration Bureau headquarters.

Wirat Panyapluattichote, a 44-year-old employee of Thaimart Store, parked his pick-up truck outside the bank on June 4, while he took 5 million baht in cash into the bank to deposit.

When he returned to his truck, he found one of the vehicle’s windows had been smashed and a bag containing 12 million baht of Thaimart funds left inside the car had been stolen.

Mr Wirat earlier received the money from an exchange currency trader, Super Rich, on Ratchadamri Road, before going to the bank.

The Toyata sedan used by the robbers is owned by Phuket resident Wichien Chooshoop. Mr Wichien said that the suspects rented his car since May 4, and denied involvement in the crime.

Police said the Colombian gang counterfeited passports to enter Thailand before committing crimes that included stealing items from jewellery shops, breaking into safe boxes in homes of the wealthy and robbing from vehicles by smashing windows.

Despite the fact that some of the gang were in Phuket in May, there have thus far been no reports that any of the crimes were committed here.