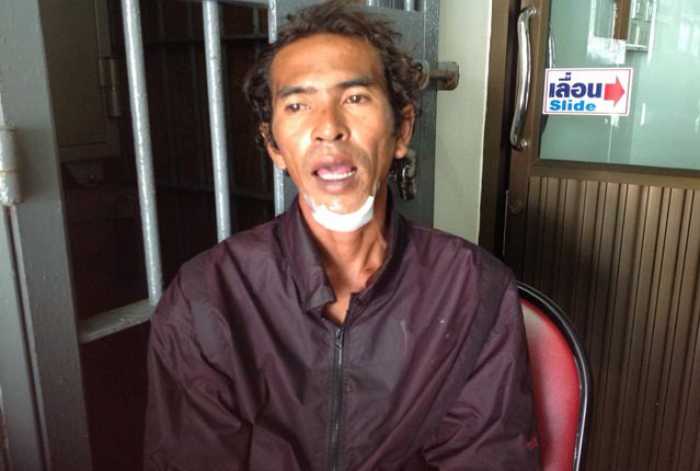 PHUKET: The speedboat driver who crashed into a fishing trawler yesterday has blamed a plastic bag for the accident.

“About 20 minutes after we departed from Maya Bay [on Koh Phi Phi] the sky got very dark and a black plastic bag flew under my seat. I was worried it would fly into the tourists, so I decided to pick it up,” Surat Matosot told Krabi Provincial Police today.

“I caught the bag, but when I got back into my seat I realized I was heading straight for the fishing boat.” 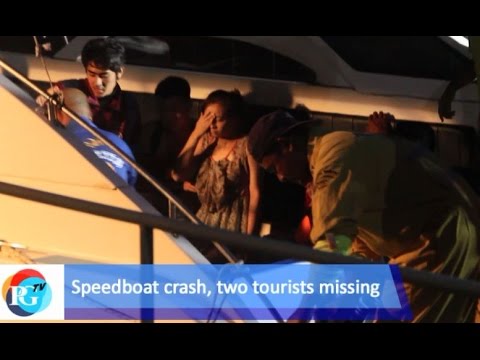 Victims were rescued from the speedboat after the driver allegedly took his eyes off the water to pick up a plastic bag. Video: PGTV

Mr Surat explained that he attempted to turn, but at least one of the boat’s propellers became caught in a rope connecting the trawler to its fishing net below.

“I lost control and crashed into the boat,” he said.

Nobody on the fishing boat was injured.

“We have yet to officially press charges against Mr Surat. However, he will remain in police custody,” Krabi City Police Superintendent Phrutthipong Nutchanart told the Phuket Gazette.

Mr Surat will face charges for reckless driving. However, he could face more severe charges if the two missing Korean tourists that were on his boat are not recovered alive, confirmed Col Phrutthipong.

Search and rescue teams had not found any signs of the missing tourists as of 3:15pm today (story here).

“I have asked Phuket City Police to take testimony from the victims, as they are all in Phuket and we need to build the strongest case we can,” said Col Phrutthipong.