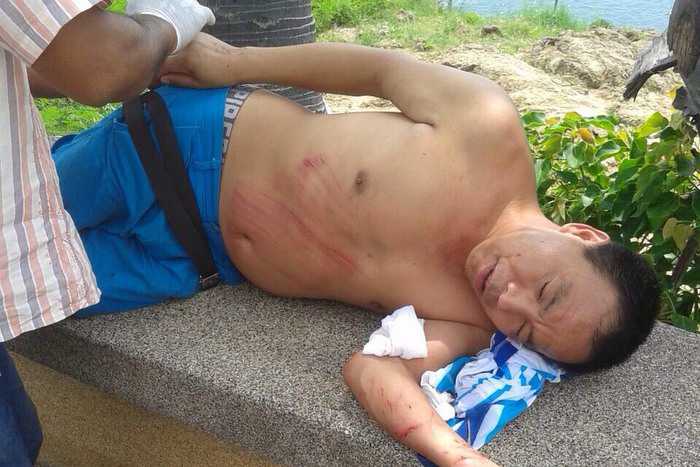 PHUKET: Officials are considering more options to boost safety at Phuket’s iconic Promthep Cape after three tourists – two Chinese and one Thai – slipped from the rocks this weekend. However, building a protective fence remains off the table.

“During the [southwest] monsoon season, there is a lot of rain and the waves are high. These conditions make it easy for accidents to occur when tourists walk down to the cape to take photos,” Rawai Mayor Aroon Solos told the Phuket Gazette today.

Several signs have been installed near the cape, written in Thai and English, urging people to take caution.

“We plan to add Chinese to the signs to ensure that tourists are receiving the message and clearly understanding the potential dangers,” Mayor Aroon said.

“There are security guards that patrol the area near the viewpoint, but no one down at the cape. We will have one stationed in that area soon.”

Mayor Aroon, however, confirmed that a fence would not be built.

“We will look for another way to enhance safety, one that will not alter the beautiful, natural landscape,” he said.

The tourists who slipped from the rocks over the weekend sustained minor injuries, but were still taken to Phuket Provincial Administration Organization (OrBorJor) Hospital for treatment.