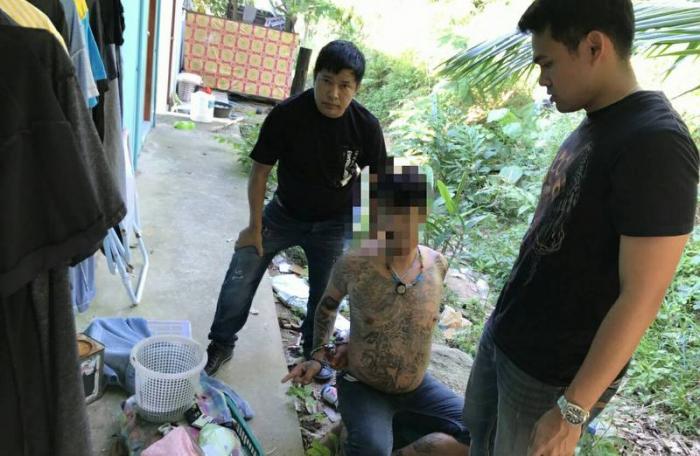 Police in December had initially apprehended four suspects, including a minor (story here), with more than 4,000 pills of ya bah (methamphetamine) and 200 grams of ya ice (crystal methamphetamine) in their possession.

The drugs were shipped into Phuket from Bangkok using a logistics company named Somchai Speed Transport Partnership. Acting on a tip-off, police waited at the company’s office and asked to check the parcels when the suspects came to collect them.

“We unraveled the case further by questioning all the suspects arrested. One of them, Anon Sithitan, 26, told us that another dealer named Jeerasak Sithichok, 36, was the one who had ordered him to pick up the drugs,” said Phuket Tourist Police chief Naruewat Puttawiro.

“After preparing evidence against him, we asked the court to issue an arrest warrant for Mr Jeerasak, which was issued on January 23. We found out that he was hiding at a rental room in Karon, which is where we arrested him.”

The suspect was charged with possession of Category 1 drugs with intent to sell. He was taken to Phuket City Police Station for further legal processing.

“We will question him and try to further disband the drug network,” said Maj Naruewat.