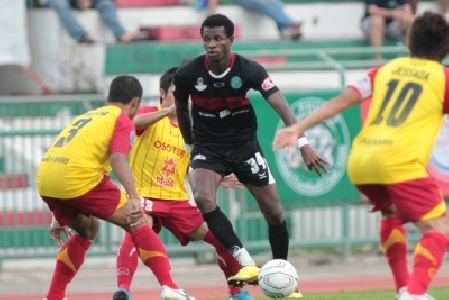 PHUKET: The dust may have barely settled on FC Phuket’s dramatic promotion to Thai League Division 1 last month, but it appears the honeymoon may well be over.

It will be all change at Sarakul Stadium when the new season kicks off on February 12 as it has been confirmed that last season’s manager Arjan Songsamssub will not take charge of the team for the 2011 campaign, while four star players will leave for new clubs.

Mr Arjan, who masterminded Phuket’s rise from bottom of Division 2 to promotion to Division 1 in just 12 months, is not completely parting company with the club.

He will stay on as a consultant for three months, helping with the recruitment of a new manager, before leaving for Spain to take part in a coaches development course with Atletico Madrid.

The identity of the new manager is not yet known, but FC Phuket Secretary Sorranan Sanae has told the Gazette the new man is likely to be someone who has worked closely with Mr Arjan.

There was further bad news for the team’s fans this week with the announcement that four heroes from last season will not be donning the green jersey come February 12.

FC Buriram – who defeated Phuket in the Division 2 playoff final in Bangkok last week – have pinched the services of Adisak Kaisorn and Chachis Rawanprakorn.

Ali is moving to Thai Premier League side Muangthong United, while it is not yet known who Nene Bi will sign for.

In other, brighter news for Phuket, Mr Sorranan has confirmed that players from Brazil and Korea are set to join the club to replace those on the way out.

Details of the new signings will be released at an FC Phuket meeting on Monday.

The rest of the money needed will be raised from sponsorship, with the team’s main sponsor for the new season set to be confirmed at Monday’s meeting.